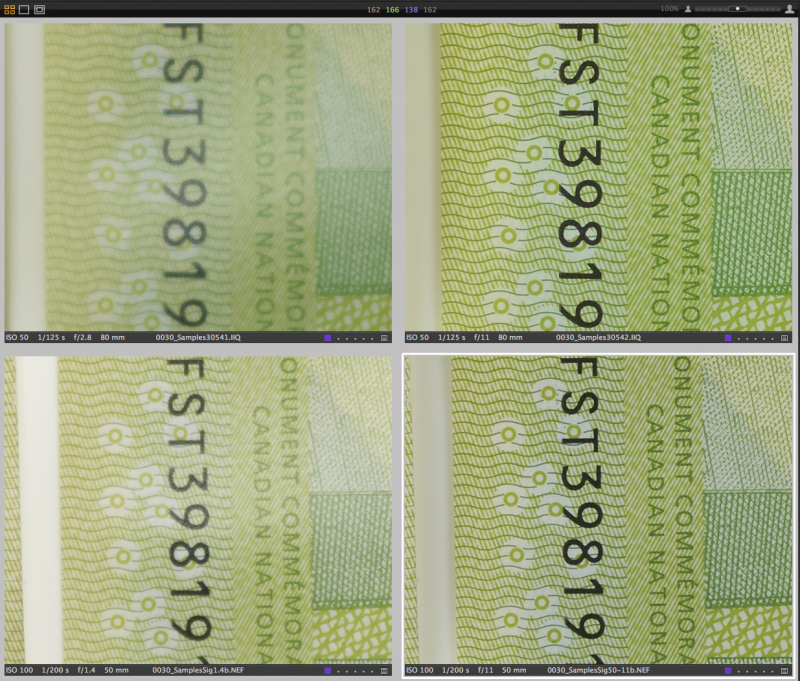 Recently I purchased a Sigma 50mm 1.4 art for my back-up Nikon system (I use D800 as back-up for my Phase One IQ140). This lens is pretty impressive and I love it. I won’t start a thread about this lens – they are already a lot of reviews on the web. But I took the time to do a side by side test comparison with my Schneider Kreuznach 80mm (aka Phase One/Mamyia 80mm TS). Please note that there will be some slight differences due to different bodies and formats. The Schneider 80mm would probably be the equivalent of 65mm on a DSLR scale.

The results are puzzling. At F11 both lenses are very sharp and have a lot of detail but when we start open the aperture I have noticed that the Schneider start to fall behind . So much so that the Sigma open wide at 1.4 is SHARPER than the Schneider at 2.8 aperture. Please see bellow the screen shot from Capture One with the images side by side at 100% crop. Obviously the Schneider images are the .IIQ and the Nikon are the .NEF ones.

For the reference both images were shot on a column stand with the camera pointing down. Lights used – 3 Profoto D1 diffused with softboxes. The camera was triggered via cable. The crop might look slightly different due to the small difference in focal length (50 vs 65).

Since the article I visited the local Phase One provider, Photoservice, for consulting with them in this matter. Incidentally I didn’t buy the system through them but they were very kind to update to the last firmwire my Phase One 645 DF Camera body and also the IQ140 with no cost. Thank you Jean-Yves!

Following this update the lens improved considerably its performance as you can see in the sample bellow (100% crop in middle): 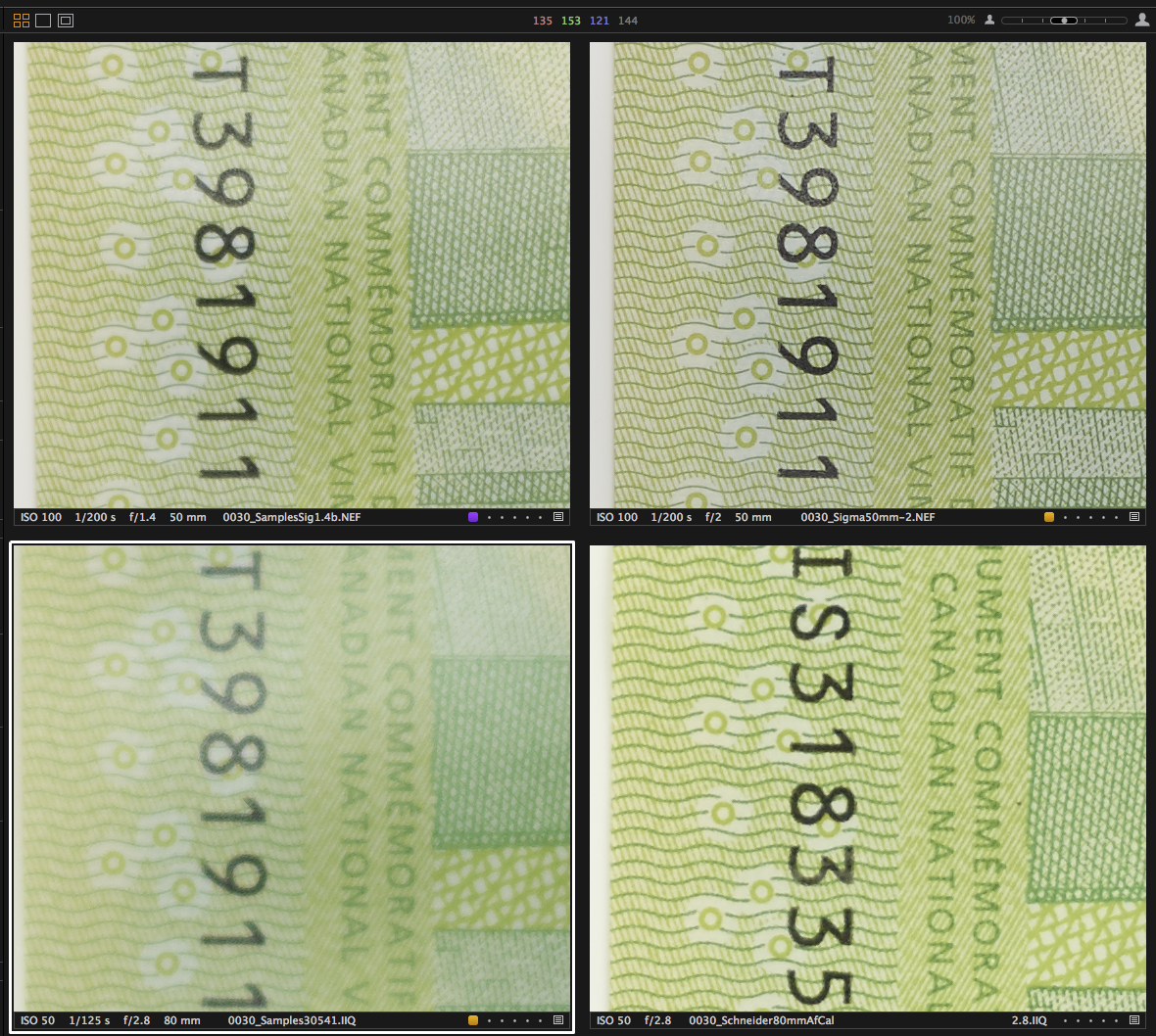 Top row are the old Sigma images (I added a frame shot at F2 for better comparison). Bottom row, Phase One with the old frame on the left and finally the one after the software update on the right (my apologies for not finding the exact same banknote). We can clearly see that, even without no mechanical adjustment, but only a software update, the Schneider has a much better quality wide open now. I would say it’s now comparable with the Sigma in terms of sharpness but has much better color depth due to the Phase One’s superior sensor (CCD 16bit). 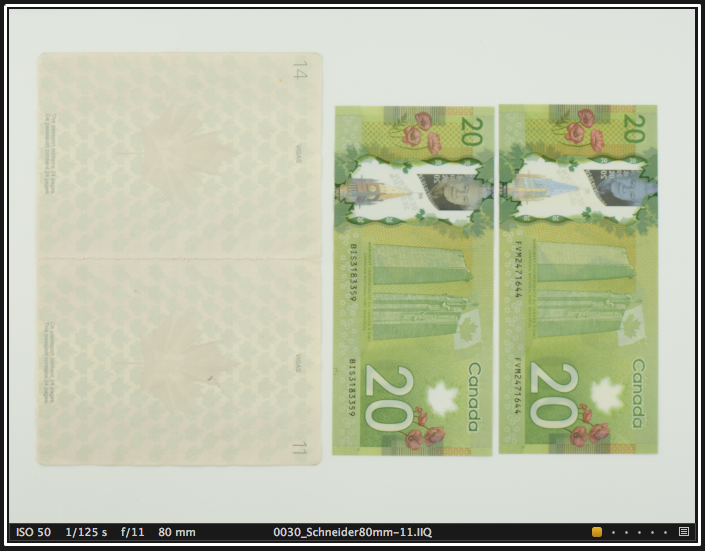 I always tend to slack behind with the updates being afraid of software complications and having some bad experiences in the past but this convinced me to ALWAYS be up to date from now on (specially for systems produced in such small series as the Phase One equipment).

Disclaimer: this is a test with my own lenses. I didn’t have the opportunity to test several copies of the same lens – which would be ideal.