Why Phase One Systems are differently better than high end DSLRs and even the rest of medium formats?

One of these days I had some time to do a series of tests with my Phase One IQ140 vs my Nikon d800. Similar resolutions one would say (40mpix vs 36mpix) and Nikon even pitch the d800 as a replacement for medium format. Well, I’d say to put them at work. The subject? High velocity splashes of water.

I will start with the final result which is now nicely framed in a 6 foot print on my studio wall. 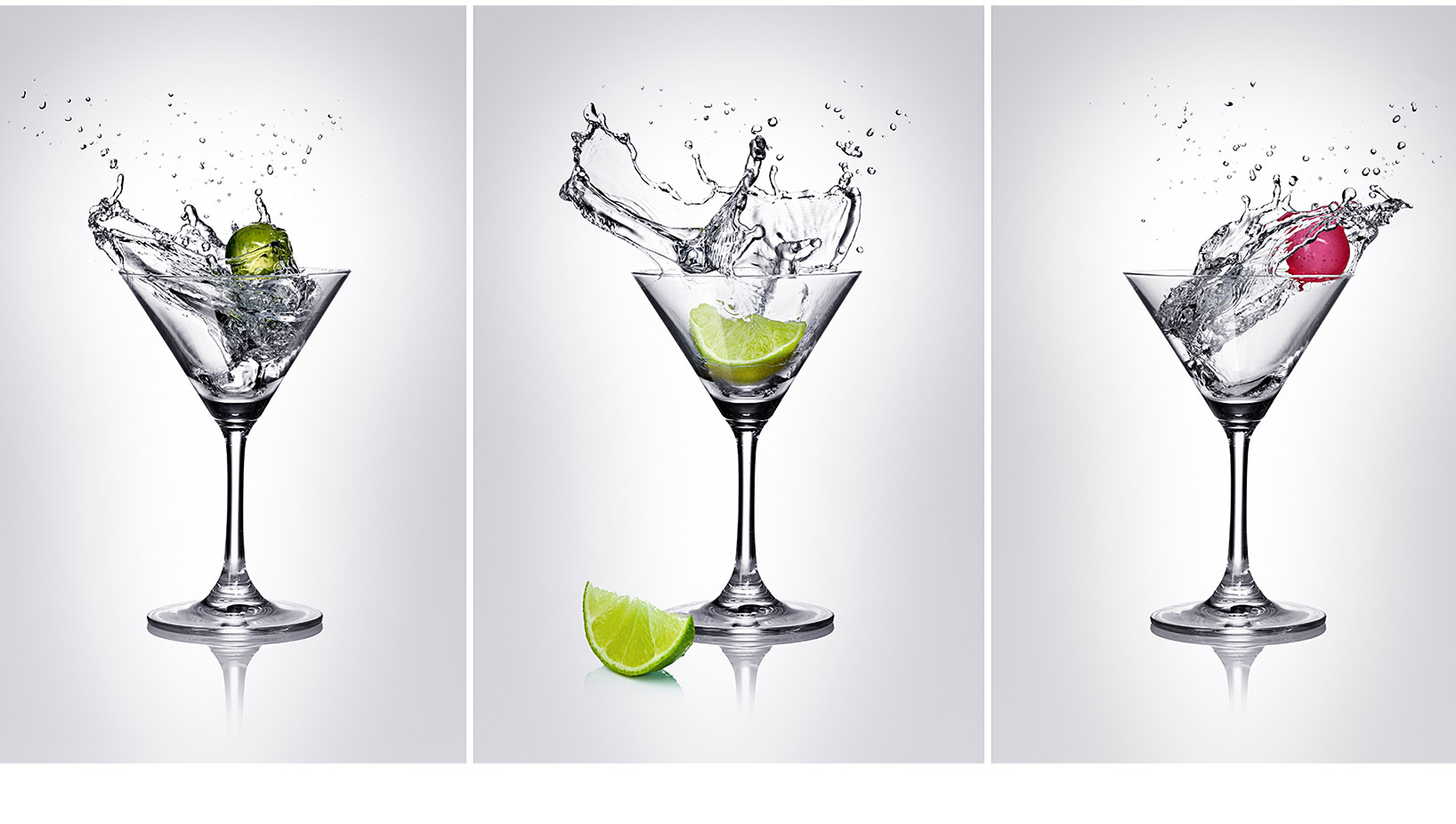 Initially I went down the road of isolation with flash duration as time variable and I thought Nikon will have superiority with its amazing high ISO capabilities which will allow  small apertures and better results. As source of light  I was using Profoto D1 monoblocks – not the fastest around but very good. 1/2600 constant flash duration – no residual light.

Note: I used consistent settings for all the shots (aside maybe for minor differences in ISO). All images are UNPROCESSED screen captures. THIS TEST IS INTENDED TO COMPARE THE TWO CAMERAS IN A STUDIO ENVIRONMENT. They are various situations where DSLR are far superior – like action, sport etc. where things like speed or AF are invaluable.

But let’s proceed with our comparison:

A workable file. Notice the bluish color cast even the temperature of the image is set to 5600K – or flash. Sure I can desaturate and also lose  the specific plastic “ice cubes” chromatic aberrations. Sure, I can salvage this file by going in Photoshop and overlaying the layer several times to get the desired contrast. Or even go paint around the splash with white…But something is missing.

As you can see, the short flash duration is doing a decent job of freezing the moderate movement in the middle but it is not so good for the high velocity drops on the edges. We would need a faster flash duration. In our experience about 1/6000 is the minimum to achieve a perfect freeze-motion. We will probably need to use faster flash-heads like the Profoto Pro-B4 Air or the much cheaper Einstein™ E640 from Paul C. Buff (at minimum power). However this will not fix another problem – the lack of deep blacks. We surely can modify the blacks in Capture One or even Photoshop but let’s not forget the Nikon images are generated in 14bit depth and this procedure can produce major artefacts.

Time to call in the big boys.

As soon as I placed the Phase One DF on the column stand and took the first exposure my world changed.

From the get go, we notice that the blacks are very deep and the grays very neutral. Some minor chromatic aberrations due to the light diffraction in the plastic cubes.

We can see clearly how the camera just immobilized the high velocity drops. As a side note the flashes were set to maximum output in the Phase one pics rather than minimum power on the Nikon ones.

WHY THIS IMENSE DIFFERENCE ?

On paper, the two cameras have roughly the same resolution (36/40 mpix ) and paying $25k on a Phase One camera might seem like a crazy, unjustified thing. Nikon press releases will tell you that d800 is aimed to compete with the medium format. However, in the humble opinion of a pro studio photographer there is no comparison. And here is why:

1. 16 bit VS 14 bit. What difference can two bloody bits make?  Well, exactly 4 times more image information to play with or 65,536 shades of grey for medium format  vs 16,384 s.o.g. for DSLR (in the highlights). The difference is even more dramatic in deep shadows where DSLR will be left with 4-8 shades of grey to work with.

2. Virtual shutter. Few people that handle a camera are familiar with how shutters work. The most common are two kinds: Focal – plane shutter (FPS) for conventional DSLRs (Canon or Nikon) and  Leaf-shutter (LS) for medium format bodies (like Hasselblad) – which are still DSLRs but we will arbitrarily call them MF bodies for the fluency of the article. The difference between the two shutters, among others, is that one is inside the body and the other is inside the lens. Another very important difference is that LS can sync with the flash at far superior speeds 1/800s vs 1/200s for FPS. Phase One is the only system in the world who has booth LS and FPS – and this gives some major advantages. On top of this, the engineers from Phase One came up with a brilliant tweak.  Specifically, Phase One uses an improved leaf shutter, called virtual shutter, where the sensor itself will become sensitive for a shorter time during the period the shutter opens for the exposure. The result is Phase One cameras sync with the flash at 1/1600 and that’s the reason the splashes from the Phase look frozen in time. This virtual shutter is just unparalleled for stopping the motion.

At the end I will stress one more time that each camera has its applications and DSLR bodies have a certain place in my photo bag. But, in the studio, aside for if you are shooting dogs or cats running around (where you will need continuous AF) MF will just be neatly superior. It is true that the Phase one 645 AF is far less performant than a good DSLR AF but, in my experience with models, I had very few shots out of focus with my Phase One.

Thank you for bearing with me during the heavy technical descriptions :).

Phase one 645DF with Schneider Kreuznach 80 mm 2.8 lens  and IQ140 Phase One back (due to a double conversion the lens will be te equivalent of a 65mm in DSLRs chart)